Men with erectile dysfunction should be examined for testosterone deficiency and the metabolic syndrome, because these conditions commonly occur together, a new study shows. The results will be presented at The Endocrine Society’s 90th Annual Meeting in San Francisco. 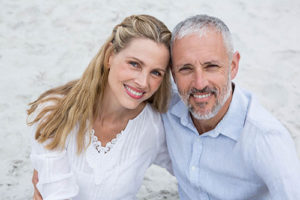 “Erectile dysfunction is a portal into men’s health,” said the study’s senior author, Aksam Yassin, MD, PhD, of the Clinic for Urology and Andrology of the Segeberger Clinics in Norderstedt, Germany. “It is becoming clear that obesity, diabetes, high blood pressure, cholesterol problems and erectile difficulties are intertwined, and a common denominator is testosterone deficiency.”

Yassin’s research, performed with scientists from The Netherlands, Germany and the United Arab Emirates, aimed to determine in men with erectile dysfunction (ED) the prevalence of hypogonadism, the scientific term for testosterone deficiency.

Over a two-year period the investigators studied 771 patients who sought treatment for ED. Their average age was 56. The patients received a comprehensive screening for low testosterone and indicators of the metabolic syndrome, a cluster of risk factors that increase the chances of developing heart and vascular disease and type 2 diabetes. Having three of the following five risk factors establishes the diagnosis of this syndrome: increased waist circumference (abdominal fat), low HDL (“good”) cholesterol, high triglycerides (fats in the blood), high blood pressure, and high blood sugar.

Among the 771 men, 18.3 percent of the men (141 men) had testosterone deficiency , which had previously been undetected, the authors found. The prevalence of hypogonadism in the general population of men age 45 and older is about 12 percent, Yassin said.

Of all the men in the study, 270 (35 percent) had type 1 or type 2 diabetes; in eight of the men, diabetes was a new diagnosis, according to study data. High blood pressure was found in 239 men (31 percent), and 12 of these men had been unaware of it. Among the 162 men (21 percent) who had dyslipidemia–abnormal cholesterol or triglycerides–nine of them had not previously been diagnosed. And 108 men, or 14 percent, had varying degrees of coronary heart disease. Five of them received this diagnosis for the first time, Yassin said.

Men with ED–especially older men–should therefore receive evaluation not only for ED but also for testosterone deficiency and any underlying signs of the metabolic syndrome, he advised.