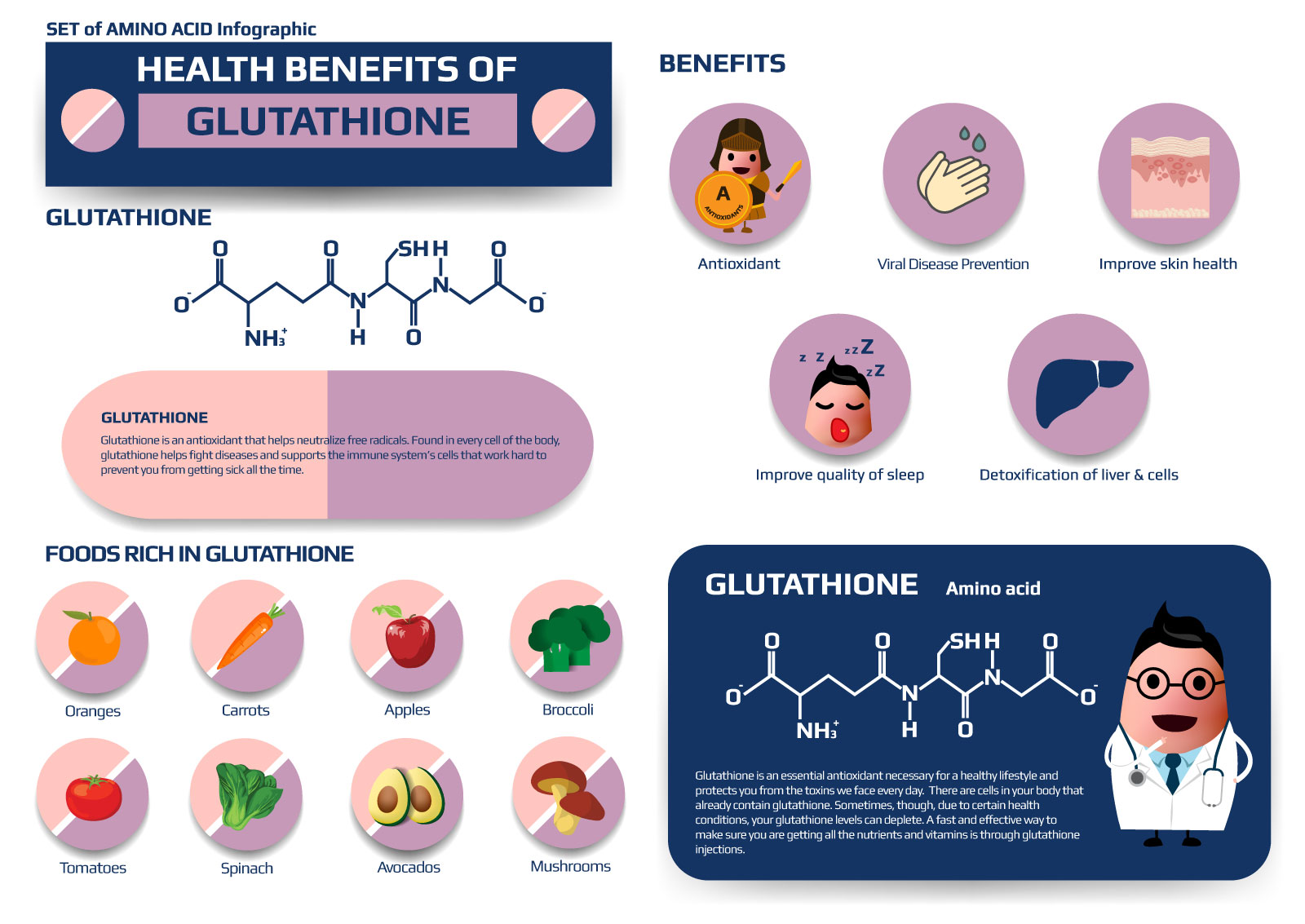 With both a serious outbreak of the Coronavirus starting to spread alongside the seasonal flu, the medical staff has been advising patients to start Glutathione therapy now.
There is nothing more effective to help prevent and lessen the severity of these serious viruses.

When Glutathione (GSH) is depleted, immune cells lose their ability to fight infections. [1]
In many chronic diseases, poor immunity and an increased rate of infections are linked to low GSH levels. [2] Viral infections flood the body with oxidative stress due to inflammation, using up more glutathione. [3]
Glutathione helps fight infections (bacteria, viruses, etc.) by priming the white cells that fight infection, such as natural killer (NK) and T-cells.

GSH-enhanced T-cells are able to produce more infection-fighting “substances” and the controlling factor of both bacterial and viral infections. [4]

It also appears that glutathione actually has a direct anti-bacterial effect, as it helps a cell of the immune system in fighting the bacterium that causes tuberculosis. [2] According to researchers, “GSH works to modulate the behavior of many cells including the cells of the immune system, augmenting the innate and the adaptive immunity as well as conferring protection against microbial, viral and parasitic infections.” [5]

A strong immune system is essential to good health and expanding your supplement routine to including Glutathione can keep or get you there.

Because Glutathione is a sulfer-based amino acid, anyone with a sulfer allergy should not take it.